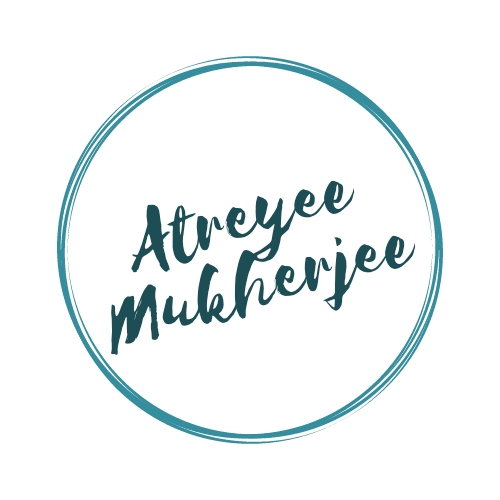 Depressions are not easy times. Overcoming depression is not easy either. But not hard too.

I defeated my depression with just a spark of positivity.

Well, I consider my ones as not so severe ones. But still, depressions are depressions. As a teen, I faced many problems in school. People surrounding me in my school whom I considered as my friend circle were not very supportive except a very few one. Maximum of their criticization was nothing less than mental bullying.

Days after days, months after months I got emotionally bullied people, whom I considered to be my close friends. I repeatedly got categorised into an inferior, less important being by them and they continued to criticise me due to my skinny posture and my dark complexion. I even got myself as a topic of a joke due to my deep vocals. People used to call me names.

I suffered from shocks. Shocks like being betrayed by people whom I trusted the most. Some of them backstabbed me, as for them friendship lies inferior to fame. I myself like to stay true to friends. At least to them whom I consider close to me. But the thinking was only from my side. Not only betrayed by so-called friends but also faced many heartbreaks and got cheated on.

In that very school, I had a brother, not by blood but by a very unique and delicate relation based on trust, responsibility, togetherness, affection and guidance. That very person had a greater influence in my life, who taught me the significance of relationships, virtues, friendship and rules. Being elder than me, that particular person was nothing less than my elder brother. He was like an elder sibling to me. Our bond, that we both shared was pure and genuine.

The incidents took just a months before my 10th boards. This was even before I changed my school. My brother, the very person who was severely closed to my heart died due to a road accident just a day before my birthday. Although I received the news later on the day of my birthday. The news was like a nightmare. It was so sudden and so shocking that I never really reacted accurately. I felt my whole body growing numb. It was such dark times for me that it is just a dark, blank space in my memory.

I refused to eat or drink for a continuous two days and locked myself up in my room. From a very young age, I am the type of girl who never really expressed much. That time I faced the problem too. Maybe it would be a lot easier back then if I had a way to express my feelings. At least it would have lightened the emotional weight on my suppressed heart.

That incident hence I was determined enough to change schools. It would be very hard for me if stayed there. His memories would drive me crazy and all I could have done was to grow sadder and made myself isolated from people.

After being enough bullied, when I got tired of taking any more depressions, I decided to change my school. It was not that I tried to escape, but it was because I needed a change of surrounding. Changing schools weren’t easy too. Although the maximum of the people whom I was surrounded with was fake, I still had some genuine true friends there.

Changing schools and adjusting in a new environment was a hard task. But the main reason for the change was to change the environment which was fulfilled.

Changing environment and friend circle was apparently seemed to be effective but soon it turned in a bad decision. The environment was not in which I grew up. It was aggressive in nature. It soon started to have a bad influence on me and my nature. It completely changed my own personality.

My Pretention- Getting prone to unhealthy lifestyle:

My problem of not being able to express myself grew more and more. There was a point where I pretended to be some else to keep up with my friend circle just to avoid the bullying that I once faced. Inside me was my real self hiding back in dark corners without having any attention from my own self.

I got prone to cigarette smoking. My usual lifestyle slowly changed and in just one year I git changed into a whole different person which was opposite to the real person who got suppressed inside getting lost in the world to follow so-called trends.

My life slowly got transformed into a fake screening of following trends. I got distracted from the min flow of both a healthy life and my academics.

All this happened due to my strong will of forgetting my past. The shocks, bullying and sorrows were so hard for me to omit that I took shelter of smoking, false lifestyle and a fake personality. It was the time when I was surrounded by many people but still, inside I felt lonely. I still cried at the night, where I utilised my solitude in crying my sorrows out. That I time my only best friend was my pillow.

The Spark of Positivity:

In the year 2016, after a year of me changing schools and got fakely changed. I met a long lost childhood friend of mine. Slowly we got closer and on August 20th 2016 we officially came in a relationship. That incident was a great turning point in my life.

My new boyfriend/ my childhood friend took the whole in charge of changing me back into the person who I was. But it would never be successful without my cooperation. All he taught me was to embrace my defaults. He was the person who mined inside my hidden self and found out my interest in writing.

I defeated my depression with just a spark of positivity:

Writing soon became my hobby and the hobby became my dream job. The writing was then my first and advanced way to finally express my feelings by using words. From then hence I developed inside me a strong will of changing back into myself but in a strong and improved way. And that was another reason Why I Started Blogging.

It just took a year, I embraced my feelings and I discarded all my ill habits, concentrated more on writing and made new friends keeping in mind not to attach myself so much so that they could take advantage of mine and betray me later.

Love and writing brought me back to my original state and helped me to overcome my depression. To come back in my normal state all I needed to do was to have faith in my capabilities and to learn from my past mistakes.

My life taught me that depressions are meant to help us grow stronger. Insults are to draw inspiration to grow out of that. And failures are to help us learn from our own mistakes and a step towards success.

It also made me come out of my ill and unhealthy habits.

After discovering my true self, I never let anyone bully me. Even if someone tried I fought back for myself. I restarted my hobbies. I explored my new interests.

Comments on this Personal Essay:

This was a rough and intimidating insight of my life till now. And I thought it to be appropriate to know the author’s history in life before reading her works.

All I want to say is that depressions are not easy to cope up with. But the more you will let the negativity to grow the more negative will happen. Being positive is the best way to come out from any hard situation.

Be positive and spread the positivity.

Thank you so much for reading!

Connect me on other social platforms. For that refer to my contacts.